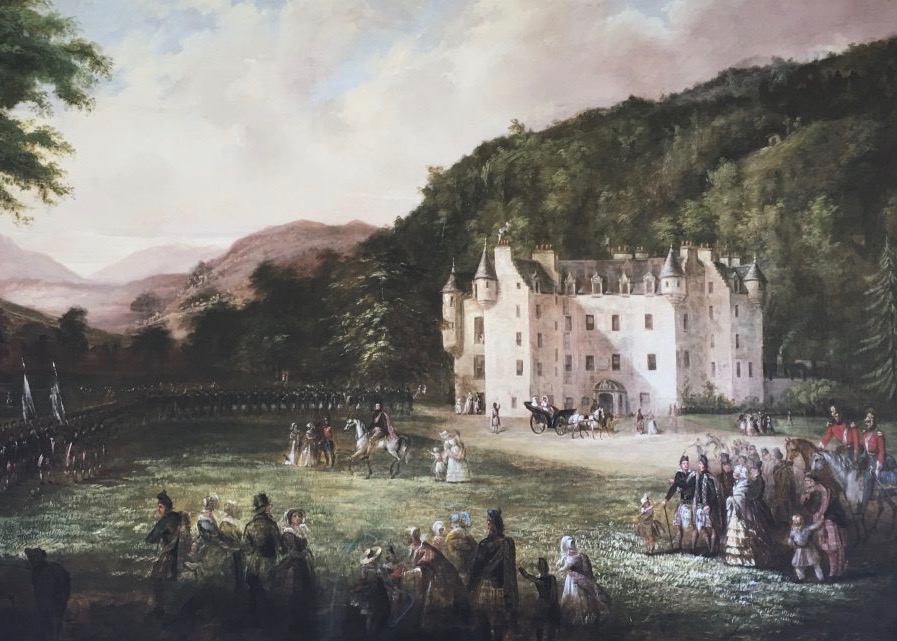 The Menzies are recorded as a relatively peaceful clan, predominantly siding with law and order and the established Monarchy. Although surrounded by powerful neighbours, the Menzies held on to their inheritance without recourse to violent conflict. As a result, differences with their neighbours were mainly resolved by diplomacy, litigation or convenient marriage. They became the oldest family in Strathtay with an unbroken descent in the direct main line down to 1910. Menzies is most likely Norman in origin with the family originating from Mesnieres near Rouen. The Menzies' came north at some point and were granted lands in Lothian in the 12th Century, almost certainly in exchange for military service.

The first definitive chief was Sir Robert de Meyneris, who became Chamberlain to King Alexander II in 1249. At some point he received a grant of lands in West Atholl, including Culdares and Duneaves. Part of the condition of the grant was that Sir Robert became 'loco pateris' to the people of the lands in accordance with Gaelic custom. His son, Sir Alexander Menzies was granted the lands of Aberfeldy and Weem. He further extended these possessions due to his support of Robert the Bruce during the War of Independence. This was at the expense of some of his neighbours who had supported Red Comyn's claim to the crown.

The Menzies of Weem, once established, were the same family living in Weem for over four hundred years. Furthermore, at one time, they were the oldest family in Strathtay. At the peak of their power, the Menzies' held a significant swathe of the Central Highlands which included Weem, the Appin of Dull and Rannoch. They also held land in Lothian and in Aberdeenshire. The Chief of the Clan was created a Baronet of Nova Scotia in 1665.

During the Jacobite rebellions, the Menzies of Weem, the main branch of the clan, strived to be neutral. Most of the cadet branches (notably Menzies of Shian and Menzies of Pitfodel) fought in all the battles on the Jacobite side. Despite various political events and being surrounded by powerful neighbours such as the Campbells of Breadalbane, the Stewarts of Grantully, the Grahams of Menteith and the Murrays of Atholl. The Menzies' managed to maintain their standing and possessions until the estates, the Castle and its contents were auctioned off to pay outstanding debts in 1914.

With the extinction of the main line the Clan was left without a Chief on the death of Sir Neil Menzies in 1910. His sister, Miss Egidia Menzies of Menzies was elected Chieftainess by the Menzies Clan Society. Unfortunately she did not apply to Lord Lyon Court to become Chief of the Clan. She died in 1918. In 1957 the descendants of the cousin of the first Baronet were successful in petitioning Lord Lyon King of Arms. They were recognised as being allowed to use the arms of Menzies of Menzies.

>A detailed history of the Clan Menzies