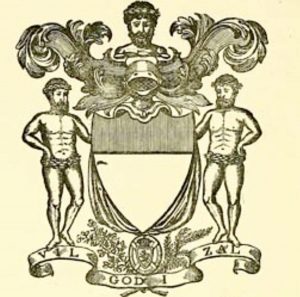 Sir Alexander de Meyners (1235-1320)
Sir Alexander Menzies was acknowledged as Earl Menzies in an Act of Parliament of Scotland in 1312.
Sir Alexander was a supporter of Robert I, King of Scots, 1306-1329.

The Menzies’ Bannockburn Claymore is believed to have been used by Chief Sir Alexander Menzies at the Battle of Bannockburn in 1314. 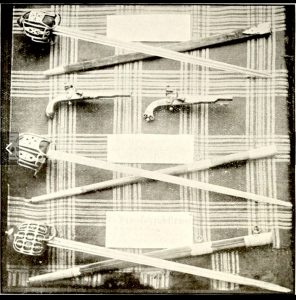 It is currently displayed in the museum at Castle Menzies.

Sir Robert Menzies was a minor when he succeeded and was not retoured heir until 1487.

Spouse-
Married to Lady Margaret Lindsay, daughter of Sir David Lindsay of Edziell, ancestor of the Earls of Crawford

Descendants-
*Sir Robert Menzies — his successor.
*William Menzies of Roro, ancestor of the Clan Menzies Branchs of Shian in Glenquaich and Bolfracks.
*Alexander Menzies, who had a son John, who afterwards got a charter of Tegramuch from his uncle, Sir Robert the Menzies, 7th July 1546.
*Margaret, married to William Robertson of Struan ; the contract of this marriage is in the Charter Room of Castle Menzies — he was chief of Clan Robertson.
*2nd daughter is said to have married the chief of the MacGregors, Lairds of Glenlyon.

Sir Robert Menzies was born in Huntly, Aberdeenshire, Scotland and he was infeft in 1523 of the barony of Weem, including Enoch. He was dead by 1557 when his only son Alexander (by his first marriage) and successor was retoured his heir.

Alexander Menzies was retoured heir in his father’s estate in 1557. Alexander Menzies was born about 1503 in Weem, Perthshire and died 7 Mar 1563 in Perth, Perthshire, Scotland. On 1 May 1533, King James V granted Alexander, son and heir apparent of Sir Robert, the lands and barony of Rannoch (including Downane, Kinclauchir, Cammyserachtis, Ardlaroch, Kilquhonane, Lairan, Ardlair, Largan, the island of Loch Rannoch and Irochty and all the lochs and islands).

Descendants-
*James Menzies by his first wife Janet (Campbell) Menzies
*His son James, by his second wife Katharine M’ghie, founded the Menzies of Culdares branch and all descendants from Alexander’s marriage with Katharine M’ghie are the ‘Culdares Branch of Menzies’.

James Menzies was born about 1530 in Weem, Perthshire, Scotland and he was the issue of Sir Alexander’s first marriage. James was infeft in the baronies of Weem and Enoch as well as half the barony of Culter in 1564 and had sasine as his father’s heir of the lands of Wolfclyde in Culter the following year. His testament is dated 5 September 1585 and he was dead by 1588 when his eldest son was retoured heir.

Alexander Menzies graduated Master of Arts from the University of Glasgow in 1582 and was retoured heir to his father on 25 January 1588/89. He was evidently a minor at his father’s death for the Earl of Huntly was appointed his tutor in his father’s testament and he was evidently still not retoured heir on 10 December 1588, the date of his contract of marriage to MARGARET CAMPBELL. He was knighted sometime before 1 May 1618. In 1617 he and his third wife were granted the mains of Garth by William Murray, 2nd Earl of Tullibardine and as the “laird of Wemyss” he was a Member of Convention for Perthshire in 1625.

Alexander was born about 1566 and died about 1644 in Scotland. The Rottmell Branch of Menzies are all descendants from the marriage of Alexander Menzies and Marjory Campbell. On 24 January 1616, Sir Alexander Menzies caused to be erected in the Old Kirk of Weem, a massive monument to his wives and forebears.

Duncan Menzies was retoured heir to his brother, John, in such parts of his estate as he had died in fee of, 17 July 1622. He was born about 1600 in Barony of Rannoch, Culdare, Perthshire, Scotland and he made his will on 24 February and appears to have died before 11 September 1646. His son was retoured his heir on 27 August 1656. Duncan Menzies was born 1600 in Scotland.

Sir Alexander Menzies was granted a warrant to be proclaimed heir to his father in the lands of Enoch and half the barony of Culter at the mercat cross of Perth on 25 Dec 1650, “there being no safe access to the lands mentioned” and was retoured heir in the lands and barony of Weem on 27 Aug 1656. He was knighted before 1 Aug 1662 and on 2 Sep 1665 he was created a Baronet with remainder to the heirs male of his body. Alexander was born 23 Jul and baptized 28 Jul 1629 in the Lands of Rannoch, Culdare, Perthshire and died on 24 Aug 1694 at Castle Menzies, Weem, Perthshire. He is buried in The Menzies Mausoleum, St David’s old Kirk of Weem, Weem, Perthshire, Scotland. 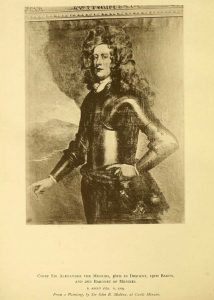 Sir Alexander “Menzies of that Ilk” succeeded to the lands of his father, the young Chief Captain Robert Menzies, or of such as he was in possession of, on his premature death. He was accordingly served heir to his father, the entry in the Retours being thus recorded and translated : ” 9th April 1692. Alexander Meinzies served heir of Robert Meinzies of Menzies, his father”. On the 15th of March 1694, Chief Sir Alexander the Menzies was again served heir to his father, Captain Robert Menzies. This was after the death of his grandfather, so that the whole estates then came into his possession. Alexander was born about 1682 in Midlothian and died 1734 in Dull Parish, Perthshire, Scotland 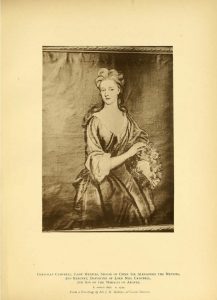 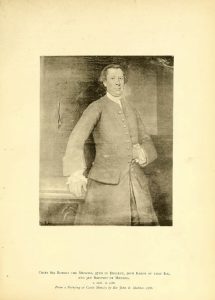 Sir Robert Menzies was born in 1706, and was a mere child when his father, Sir Alexander the second Baronet, died. The responsibility of answering for the actions of Clan Menzies devolved upon the ” Captain of Clan Menzies” (Captain James Menzies of Comrie, the second son of Sir Alexander, 1st Baronet), grand-uncle to the infant chief Sir Robert, during whose minority Captain James managed the estates and affairs of Menzies.

Robert was born in 1704 in Weem, Perthshire and died 1786 in Weem, Perthshire, Scotland. There being no male issue, the title and estates of Menzies – Dull, Rannoch, &c. reverted to his kinsman, John Menzies, grandson of Captain James Menzies of Comrie, through the captain’s second son, James. 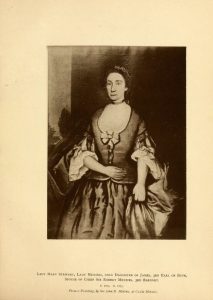 Descendants-
*Christian Menzies, an only daughter. 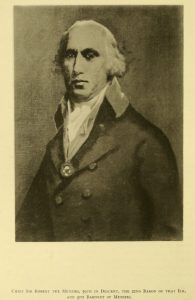 John Menzies, his father James Maxwell Bethia Menzies being the son of Captain James Menzies, became the heir of the title and estates of Menzies – Dull, Rannoch, &c. on the death of his cousin Sir Robert as without a male issue, the title and estates reverted back again to the descendants of Capt. James Menzies of Comrie. John Menzies was born 2 Jul 1739 in Edinburgh and died 26 Mar 1800 in Edinburgh, Midlothian, Scotland. The Weem Register records his death thus – “5 April 1800 – Sir John Menzies, Bart., was buried in the Church of Weem on this date.” On his death he was about 63 years of age, and left no issue. 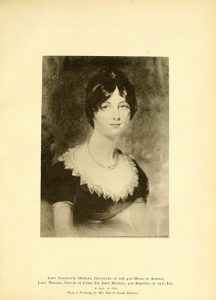 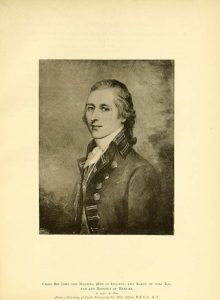 Robert Menzies was the grandson of Captain James Menzies, through his third son Neil Menzies, Esq. Robert succeeded to the chiefship on 26 March 1800 as 5th Baronet. He was born in 1745 in Castle Menzies, Weem, Perthshire, Scotland and died 8 Mar 1813 in Scotland.

Sir Robert, on the news of the death in 1786 of his cousin, Sir Robert the 3rd Baronet, in the absence of the nearer kinsman John Menzies (who had gone out to the Indies and been reported dead) was acknowledge to be the nearest heir-male. Accordingly he proceeded to take possession of such of the estates as the conditions of the entail permitted, and also assumed the title, and, as already described, was celebrating the joyous event at Castle Menzies when his long lost cousin (Sir John) appeared … Sir Robert yielded up what he had gained possession of to Sir John Menzies, an action which made the cousins fast friends for life, until the death of Sir John in 1800 without issue, when Sir Robert re-entered into possession .” 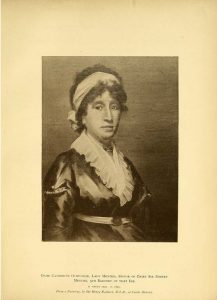 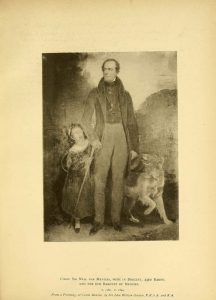 Neil Menzies succeeded to the chiefship on 8 Mar 1813 as 6th Baronet. He was born in 1780, the son of Robert Menzies, before his father had any hopes of the baronetcy, as Sir Robert the 3rd Baronet was then living, with several other heirs who came before him. Sir Neil passed away in 1844 and is buried at the Menzies Mausoleum, the Old Kirk of Weem, Weem, Perthshire, Scotland. 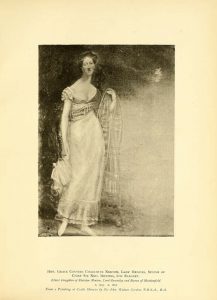 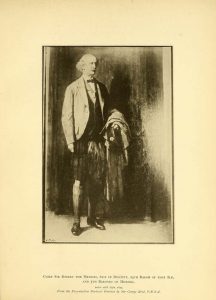 Robert Menzies succeeded as Chief in 1844 as 7th Baronet. He was born on 26 Sep 1817 in Abbeyhill, Edinburgh, Midlothian, Scotland and was baptised on 26 Sep 1817 at Weem, Perthshire, Scotland. Sir Robert died 22 Apr 1903 in Camserney Cottage, Camserney Village, Perthshire, Scotland and was buried at the Menzies Mausoleum, Old Kirk of Weem on 26 Apr 1903. There is a definitive record of his time as Chief of Menzies within the 1st Edition (1894) and 2nd Edition (1908) of The Red and White Book of Menzies written and published by David Prentice Menzies. 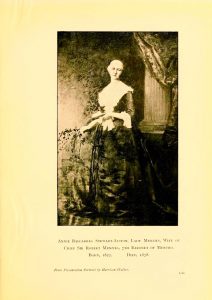 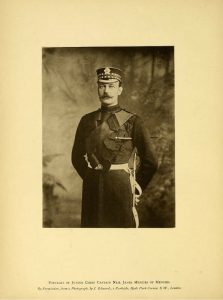 Neil James Menzies succeeded as Chief in April 1903 as the 8th (and last) Baronet of Menzies. Sir Neil was educated at Harrow and he was a Captain in the Scots Guards and on the outbreak of the Egyptian war, he went with the Guards to the front and fought through the Sudan War in 1885, being present at the battle of Hasheen and Tamai. He retired from the army on 3rd May, 1891.

Born 5 Mar 1855 in Foss House, Weem, Perthshire, Scotland, Sir Neil died 21 Dec 1910 in the Hotel du Rhin, Paris, City of Paris, Île-de-France, France. He was buried one week later at the Menzies Mausoleum, in the Old Kirk of Weem, Weem, Perthshire Scotland. His wife, Lady Susan, was also interred there after her death on the 9 Feb 1946. 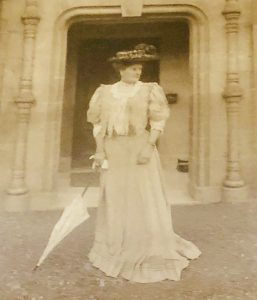 THIS LINEAGE OF CLAN CHIEF’S AND THE BARONETCY, CEASED
WITH SIR NEIL MENZIES OF MENZIES 8TH BARONET’s DEATH AS HE LEFT NO HEIRS, from 1910-1957 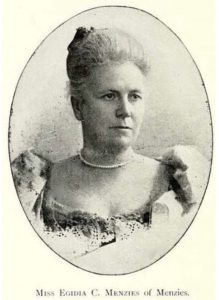 With the extinction of the main line, the Clan was left without a Chief on the death of Sir Neil Menzies in 1910. His sister, Miss Egidia Menzies of Menzies was elected Chieftainess by the Menzies Clan Society. Unfortunately she did not apply to Lord Lyon Court to become Chief of the Clan. She died in 1918.Egidia Menzies did not marry and had no recorded Descendants.

IN 1957, THE DESCENDANTS OF THE COUSIN OF THE FIRST BARONET WERE SUCCESSFUL IN PETITIONING LORD LYON KING OF ARMS.
THEY WERE RECOGNISED AS BEING ALLOWED TO USE THE ARMS OF MENZIES OF MENZIES. 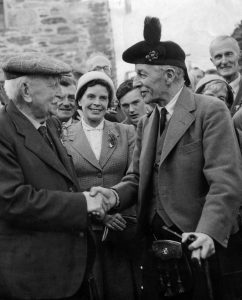 Ronald Steuart-Menzies was granted the title “Menzies of that Ilk” by the Lord Lyon Court, in 1958. He descended from James Menzies, son of Sir Alexander Menzies of Menzies (1504-1563) and his second wife Katharine M’ghie. James Menzies founded the Menzies of Culdares branch and all descendants from Alexander’s marriage with Katharine M’ghie are the ‘Culdares Branch of Menzies’. Ronald was born in 1884 and died on 2 Oct 1961. He gained the rank of Lieutenant-Colonel in the service of the Scots Guards. 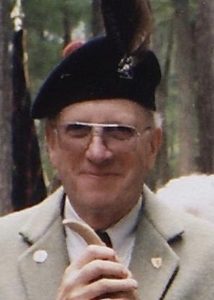 Notes:
Especially for the earlier Chiefs, the dates are approximate and not always in direct succession
from father to son, which is why the dates may overlap.

References:
WikiTree Scotland Project/ Clan Menzies: Herediatry Chiefs Menzies of Menzies Images from “The Red and White Book of Menzies – The History of Clan Menzies and its Chiefs” written by D. P. Menzies in 1894.