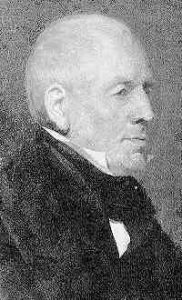 Archibald Menzies was born and brought up at Styx House on Bolfracks Estate and there is evidence that he spent some of his formative years in Weem either in or around the Castle Gardens. This is probably where his love of botany was first born. Menzies attended Edinburgh University where he studied both Medicine and Botany before completing his medical training as an assistant to a surgeon in Carnarvon in Wales. Menzies then enlisted in the Royal Navy and was posted to Halifax, Nova Scotia where he continued his medical career and his study of botany. During his Navy career Menzies managed to combine his medical duties with his botanical studies. The pinnacle of this being his appointment as naturalist and ship’s surgeon in 1790 on the ship ‘Discovery’ on its around the world expedition. Menzies was tasked with listing all the flora and fauna and as much information as he could find out about them in each country they visited. On returning from his travels Menzies was responsible for the introduction of hundreds of different plants and trees to the British Isles. After leaving the Navy, Menzies continued his practice of medicine in London where he remained until his death. 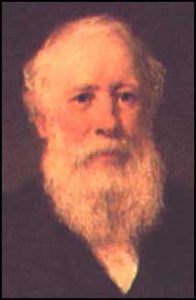 John Menzies was born in Edinburgh and served an apprenticeship as a bookseller before moving to London and finding employment there. Returning to Edinburgh in 1833 he opened his own shop in Prince’s Street where he sold books, newspapers and stationary. Using his time and contacts in London to his advantage Menzies managed to secure the distribution rights to the works of Charles Dickens and Punch magazine two very popular publications of their time. The expansion of the railway system brought many business opportunities to the firm. Not only did it allow them to offer a  wider range of publications to their customers but brought new markets as they expanded the business into selling newspapers and books to train passengers directly in the station.Another benefit of the rail network was the ability for Menzies to become the main distributor of all newspapers to other newsagents in Scotland. The firm that John Menzies founded is still in business and has expanded the distribution side of its business to the rest of the UK. 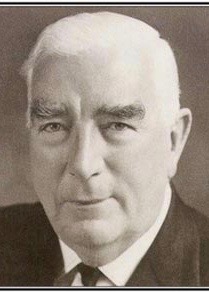 Robert Gordon Menzies was born in Jeparit in Victoria, Australia in 1894. Academically brilliant he graduated with first-class honours from Melbourne University before a successful career as a barrister. Entering politics initially at State level and later in the then Parliament of the Commonwealth of Australia, Menzies succeeded Joseph Lyons as Prime Minister after the latter’s death. Menzies was only in the top job a couple of months before he had the unpleasant duty of informing the Australian public that they were at war with Germany. The war ripped apart the United Australia Party and Menzies resigned after only two years as Prime Minister. In December 1949 Menzies was re-elected as the head of a new party he had founded – The Liberal Party. Menzies was to remain leader of his party and Prime Minister for the next sixteen years, and dominated the political scene of the time. The political and economic impact of Menzies’s leadership in these years is a matter of historical debate but most would highlight his positive contribution to education (the building of eight universities) and his progression of the project to move the capital of Australia to a purpose built site at Canberra. Menzies was made a Knight of the Thistle in 1963. 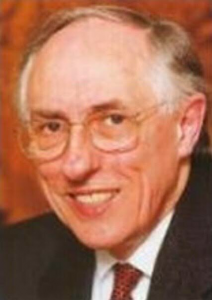 Donald Campbell Dewar was born in the West End of Glasgow in 1937. Educated at Glasgow Academy and at Glasgow University, where he read law. After practising as a solicitor in Glasgow for a short time, Dewar was elected to the Westminster parliament at the relatively young age of 29 for the constituency of Aberdeen South. However, he was to represent this constituency for only four years before having to return to his legal practice. Dewar however bounced back and won Glasgow Garscadden in 1978, which he continued to do until his death. Now returned to Westminster, Dewar held a variety of shadow cabinet positions including Shadow Secretary of State for Scotland. With the return of the Labour Party to government in 1992, Dewar was appointed Secretary of State for Scotland with responsibility for enacting Labour’s devolution pledge. In 1999, Scotland regained its own Parliament for the first time in 300 years with Dewar appointed as its First Minister. With this success came difficulties. The “access-to-ministers” scandal, the problems with the Holyrood project (late and over budget) and difficult domestic issues (Repeal of Section 28, introduction of University tuition fees) all contributed to a less than easy start. Added to his work difficulties Dewar had health problems as well; undergoing major heart surgery to fix a leaky valve. After surgery Dewar returned to work and although affected by his operation seemed to be coping well. A seemingly everyday accident turned tragic when after a fall Dewar complained of not feeling well. On admission to hospital it was found he had a large brain haemorrhage. Donald Dewar died on the 11th October 2000 with his family around him. A “thoroughly decent man” with a sometimes acerbic wit and a razor sharp legal mind, Dewar was a rarity in that he commanded wide respect from all sorts of people, from all walks of life, regardless of their political views. His legacy is, and will be the Scottish Parliament that he campaigned for initially within a sceptical Labour Party and outside amongst the population as a whole. 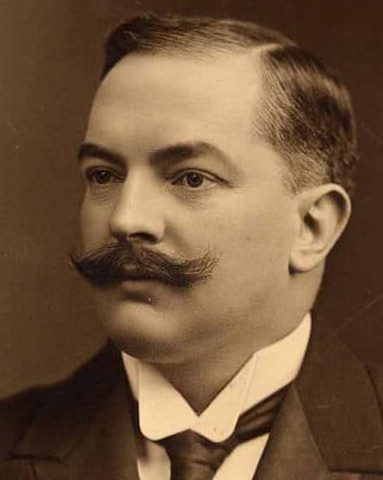 ‘​A teetotaller is one who suffers from thirst, instead of enjoying it.’

Witty, charming, a born salesman and a natural extrovert – Tommy Dewar was the polar opposite of his more serious-minded brother, John. But this most colourful of Scotch whisky characters helped build John Dewar & Sons into the global success it remains to this day.

In a buccaneering era for blended Scotch whisky, when colourful characters were not thin on the ground, Thomas Robert Dewar, born into a crofting family in the hamlet of Dull, near Aberfeldy, and better known as ‘Tommy’, was one of the most vivid.